Paris is a variety of Places of worship, eras, and styles. Notre-Dame de Paris, the oldest cathedral in France, began its construction in 1163. Today, we can also (re)discover the cultural and religious diversity, through Protestant temples, Synagogues, or even Mosques.

The diversity of Places of Worship 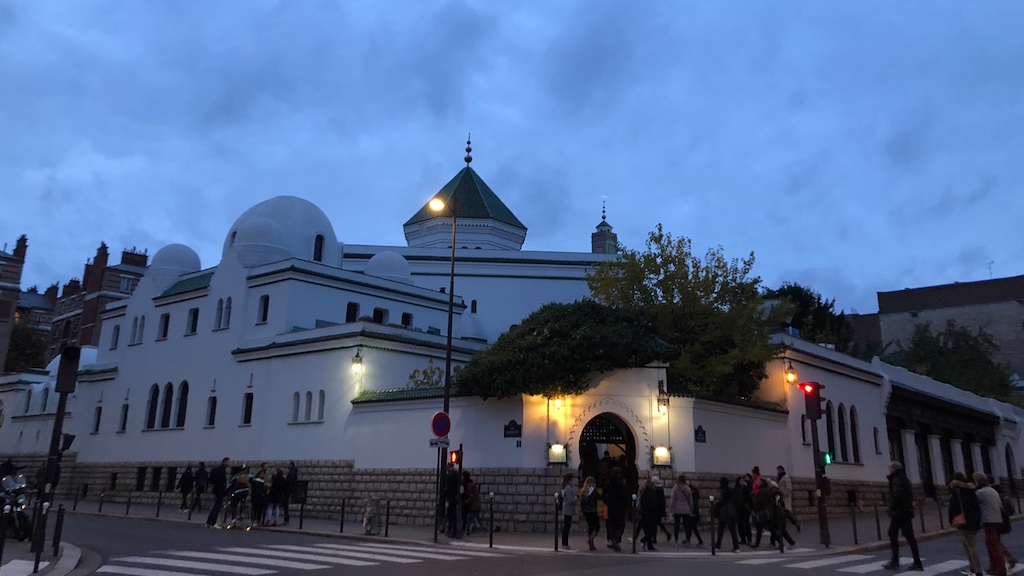 The Muslim Institute of the Grand Mosque of Paris, located in the V district of Paris, was an idea that appeared as early as 1849.

On October 19, 1922, at 2 p.m., Marshal Lyautey was conducting the solemn inauguration of the work of this symbolic place that would concretize the bond and the traditional link and friendship between France and Islam a reality.

It is the recognition of France for the common sacrifice of the thousands of Muslims who came from all over, who died for France on the battlefield of the Great War (1914-1918) to defend the principles of Liberty, Equality, and Fraternity.

The Mosque of Paris, house of God where the cult of Islam is practiced in the fullness of its freedom, represents immense prestige the Muslim world in its intimate life, its faith, and its culture. 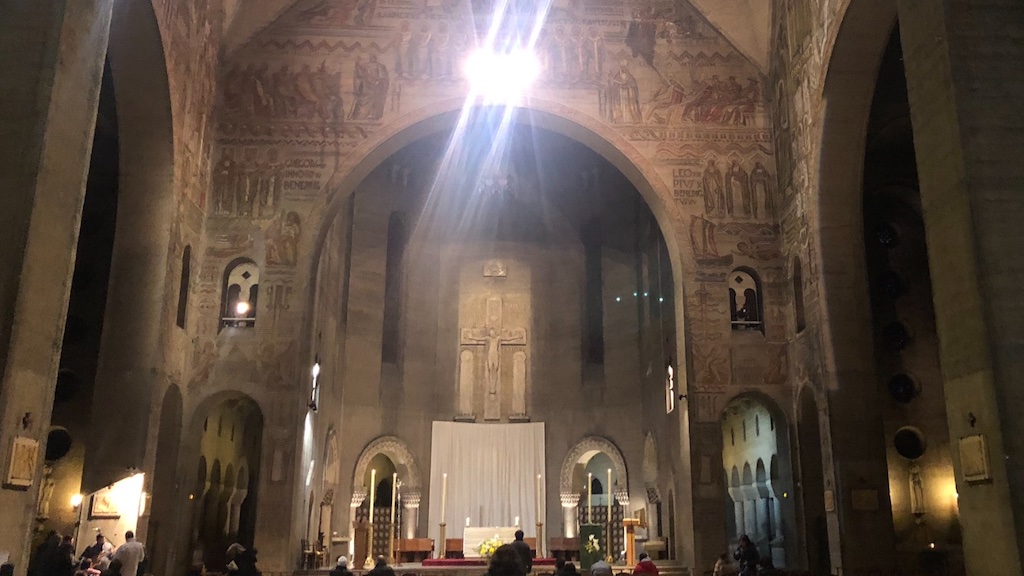 The Greek Cathedral of St Étienne or St. Stephen’s Cathedral of Paris, located in the 16th district, is the Church and the seat of the Greek-Orthodox community of France.

The Church of Saint-Etienne (martyr) whose first stone had been installed in 1890 by architect Vaudremer at the expense of Demetrius Stefanovich (banker), on the condition that it be devoted to the worship of the Greek Orthodox religion and made available to the Hellenic colony of Paris was inaugurated on Sunday 22 December 1895.

On March 21, 1936, the body of Elefthérios Venizélos, father of modern Greece, was deposited in the vault of the church. On October 9, 1962, the wedding of Edith Piaf and Theo Sarapo was celebrated in the cathedral. On September 20, 1977, four days after her death in Paris, Maria Callas funeral took place in the cathedral. 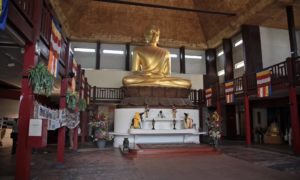 The Pagoda of Vincennes of Paris, located in the 12th district, is home to the headquarters of the International Buddhist Institute, home to the largest Buddha in Europe, covered in gold and which, with its base, is more than 9 meters high (length).

Within the 8000 m2 precinct (enclosure), its two main buildings are the former pavilions of Cameroon and Togo dating from the Colonial Exhibition of 1931 and converted into Buddhist places of worship.

The site does not usually visit but opens its doors to the public during major events, such as the Buddhist Feast (in May), the Tibet Festival (in September), or certain ceremonies throughout the year. 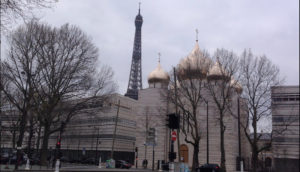 The Orthodox Cathedral of the Holy Trinity of Paris, located in the 7th district, a stone’s throw from the Eiffel Tower, is a controversial project launched in 2007 by Presidents Nicolas Sarkozy and Vladimir Putin, and by the Patriarch of Moscow and all of Russia Alexis II of Moscow.

Inaugurated in October 2016, built by architect Jean-Michel Wilmotte, it succeeds in the Cathedral of the Three Saints-Doctors as the new seat of the Russian Orthodox Diocese of Chersonèse.

Of Byzantine and Russian architectural style, surmounted by five traditional bulbous bell towers in materials covered in matte gold, and an Orthodox cross, the cathedral is dedicated to the Holy Saint-Trinity, the historical, cultural, and spiritual relations between France and Russia, and the 300 000 Orthodox Christians in France. 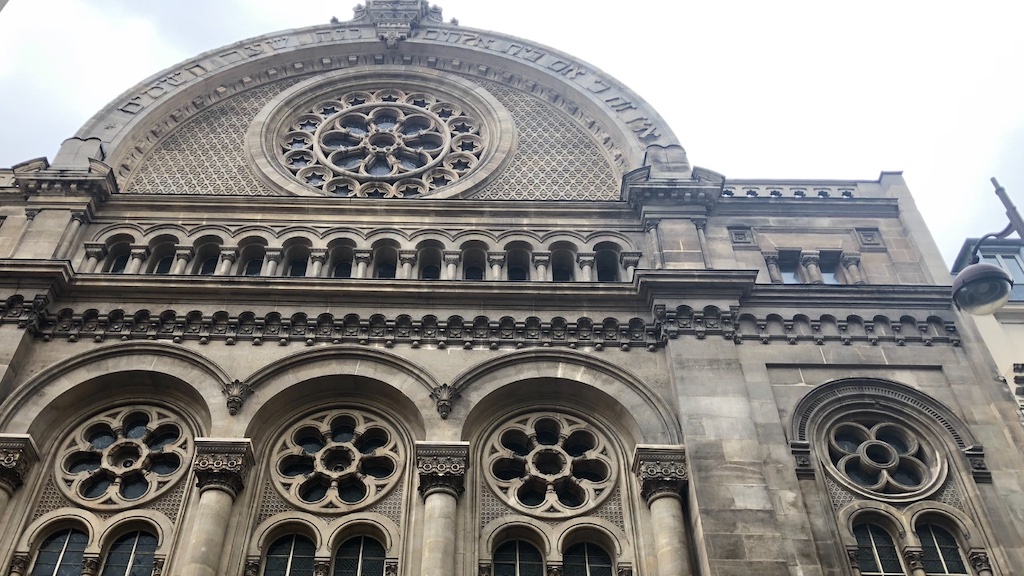 Designed by Alfred-Phillipe Aldrophe in a neo-byzantine style in 1867, it was inaugurated in 1874 and opened to public worship in 1875, in particular, to the Parisian Jewish community, who returned to France at the end of the 18th century.

The first temple was begun by King David and completed by Solomon. Destroyed several times, today, only one wall remains in Jerusalem called the Wailing Wall. Following the dispersal of Jews around the world, the first synagogues appeared after the destruction of the Temple of Jerusalem.

The Carpentras Synagogue built in 1367 by the Comtadin Jews of Carpentras is the oldest active French Synagogue. 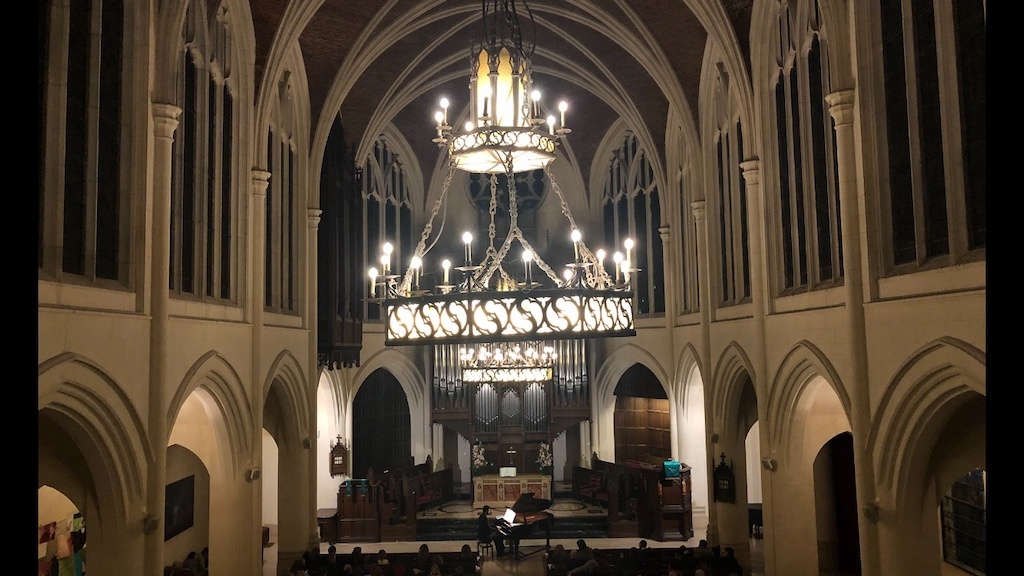 The American Church of Paris, built in 1931 in the neo-Gothic style, located in the Quai d’Orsay, is a place of worship open to all the faithful adhering to the Christian historical tradition as expressed by the symbol of the Apostles.

The cult, created in 1814, by the American Protestants who came to France at the beginning of the 19th century, officially recognized by Emperor Napoleon III, is still frequented by faithful belonging to 35 different Christian denominations. 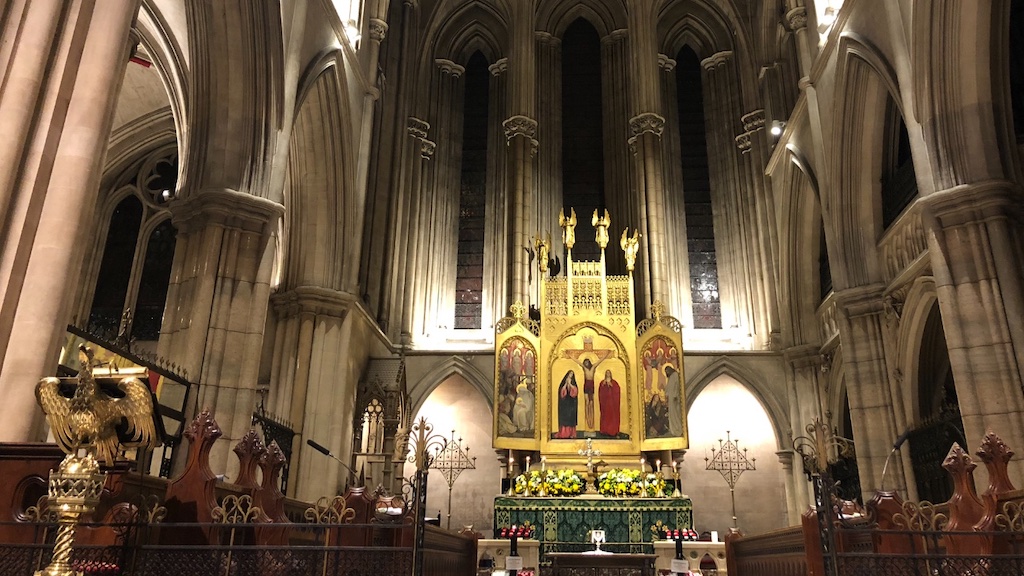 The American Cathedral of Paris, inaugurated in 1886, is reserved for Anglican worship. It is located in the prestigious Golden Triangle, in the heart of the 8th arrondissement, at 23 George V Avenue.

The religions and their Places of worship