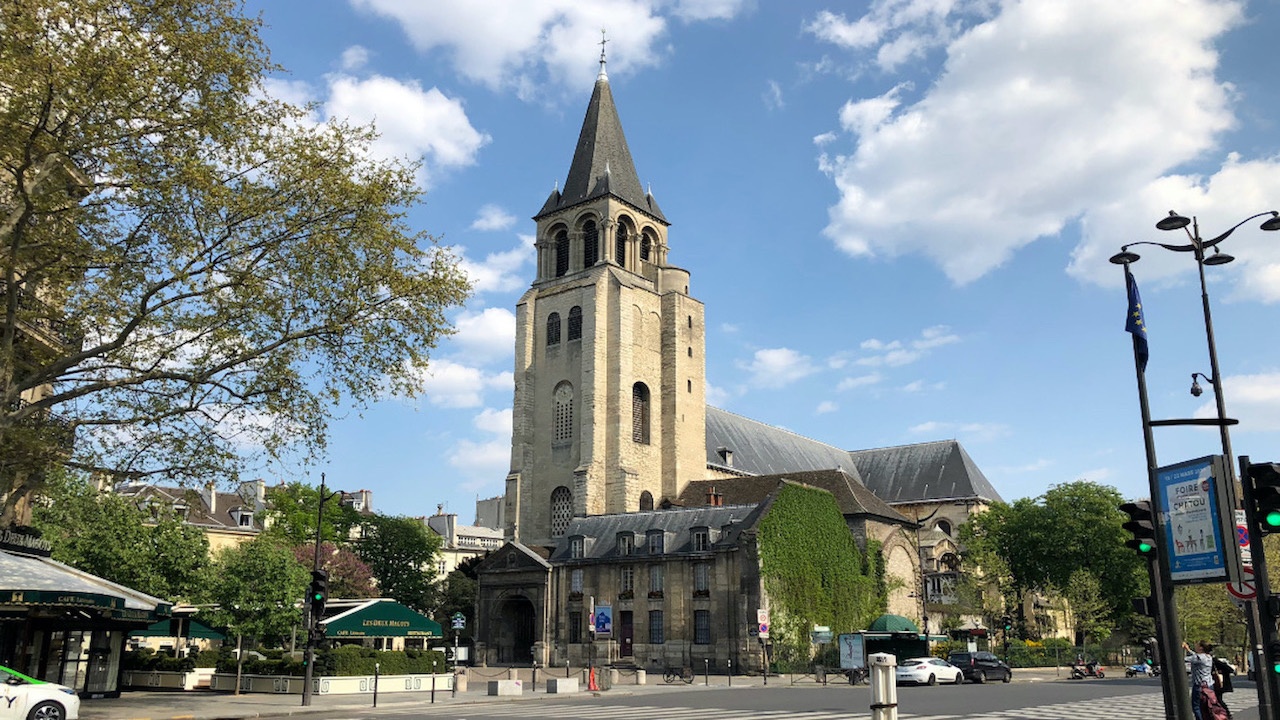 Saint Germain des Prés, and its church of the same name, dating from the 6th century, are located on the left bank, the 6th arrondissement of Paris. After the Second World War, the district became the intellectual and cultural Babylon of Paris. The café de Flore, the Brasserie Lipp and the jazz cellar on the rue de Rennes, frequented by Boris Vian and Milles Davis, were meeting places for personalities of the world of communication, but also of political life, cinema, music, philosophers, and the painters (among others).

It was the great era of Albert Camus when philosophy coexisted with American jazz, people mixed everywhere, which gives this neighborhood a special and unique atmosphere of charm.

Towards the 70s, the arrival of international tourism and the establishment of luxury shops will gradually replace small shops and bookstores, which were forced to relocate to other neighborhoods, and increased considerably the price of real estate at the expense of its intellectual prestige which will lose its rich historical past. 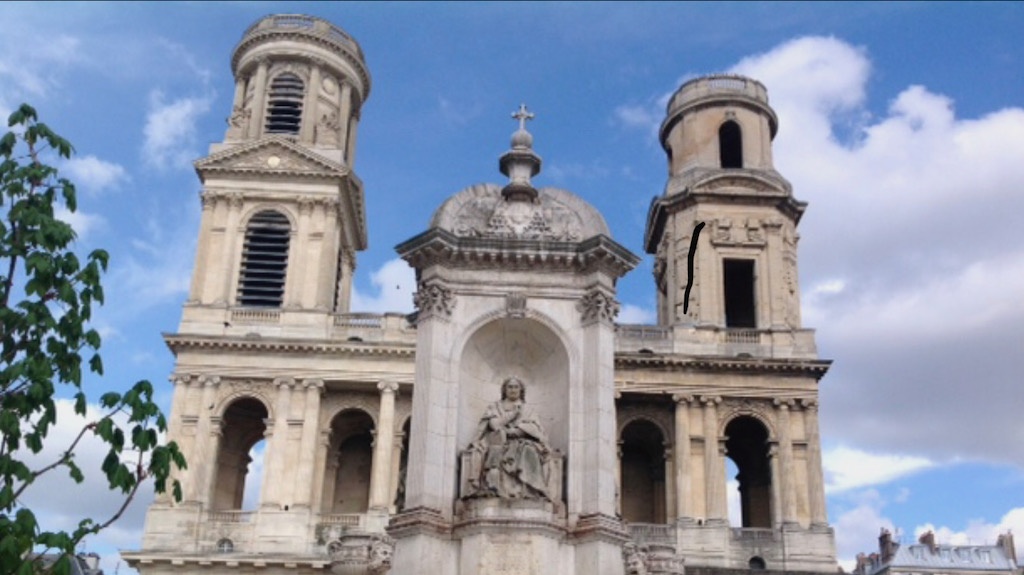 The Church of Saint-Sulpice was built in 1646, with foundations from the 12th century (Roman Temple), in honor of Saint Sulpicius le Pieux, the pious Bishop of Bourges between 621 and 624 and chaplain of the Merovingian king Clotaire II.

Located in Place Saint-Sulpice, in the heart of the 6th district, it is definitely worth a visit. Outside, from the square, just observe its beautiful façade and the reconstruction steps of one of its two recognizable towers, which lasted about 130 years to complete.

Inside, admire the Gnomon (an important piece of the early sundial, which casts a shadow) used to perform various works of astronomy, including the encrusted brass wire, which represents the Meridian line. Also so, the sacristy and its wood-paneling in a Louis XV style, the Gran organ by Cavaillé-Coll, the Chapel of the Our Lady, and the three remarkable mural paintings of Eugene de Lacroix (Jacob wrestling with an angel, St. Michael slaying the dragon and Heliodors expelled from the temple) in the Chapel of the Holy Angels.

The church is one of the sites in Paris, where the “Da Vinci Code” by Dan Brown’s, a best-seller in 2003, was filmed. 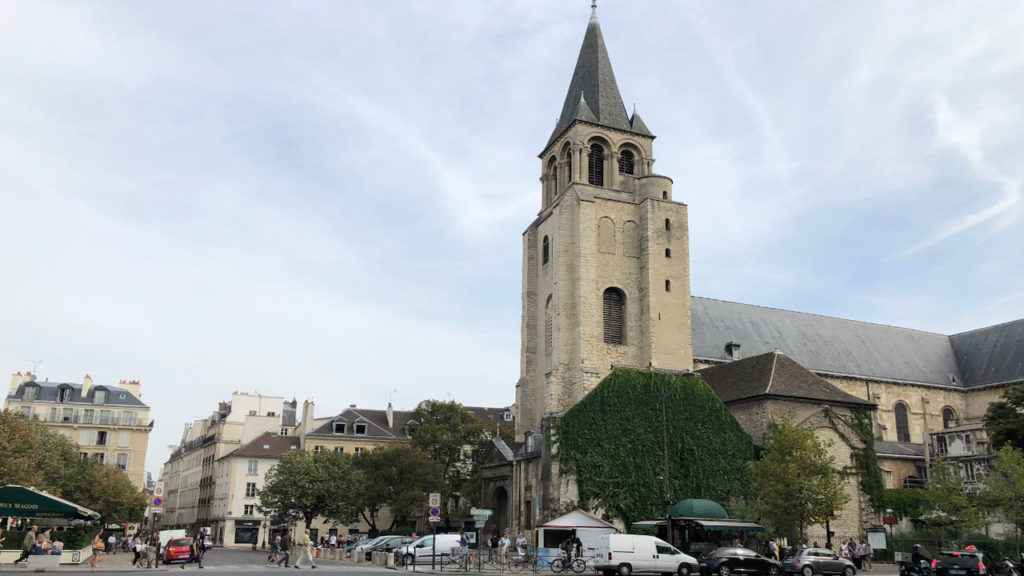 The Abbey of Saint Germain des Prés the oldest Benedictine Abbey in Paris, which houses the present-day Saint-Germain-des-Prés church, was founded in the middle of the 6th century by the Merovingian King Childebert I, son of Clovis. The consecration of the abbey was carried out in 558 by Germano, bishop of the city.

It is one of the oldest Gothic-style churches of the Middle Ages, which served as a royal necropolis until the construction of Saint-Denis Basilica. During the French Revolution, several buildings that made up the abbey were vandalized and destroyed.

After the Revolution, the state regained possession ownership of the land and in 1862, the church was classified as a Historic Monument. Today, you can only visit the Abbey’s Church and Palace., 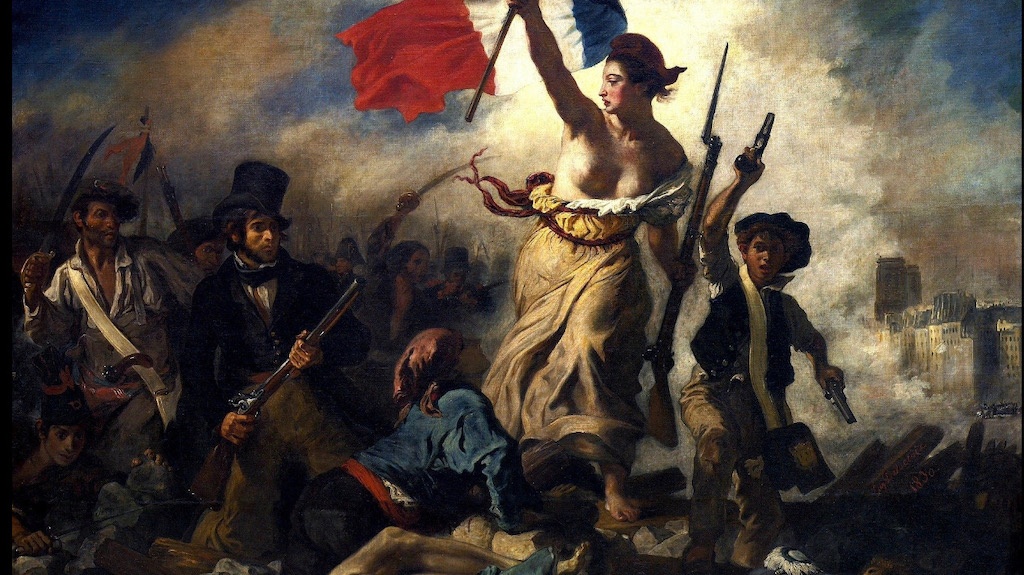 The Eugène-Delacroix Museum, located in the heart of Paris, in the former apartment-house occupied by the painter from 1857 until his death in 1863, is a unique and rare place of memory, transformed into a museum from 1971.

In the late 1920s, the Delacroix Society of Friends decided to honor him with the creation of a museum. He witnesses the admiration that the great artists of the 1920s (Maurice Denis, Paul Signac, Édouard Vuillard, Ker-Xavier Roussel) paid to the painter and his work. From 1971, the house of the painter was transformed into a national museum.

Delacroix is a French painter born in 1798, the main representative of “French Romantic painting” who at the age of 40, began to receive huge orders from the state to paint and decorate the walls and ceilings of the public monuments.

In 1857, the artist had decided to move to Saint-Germain-des-Prés, in order to approach the Church of Saint-Sulpice, from which he was responsible for decorating the chapel. 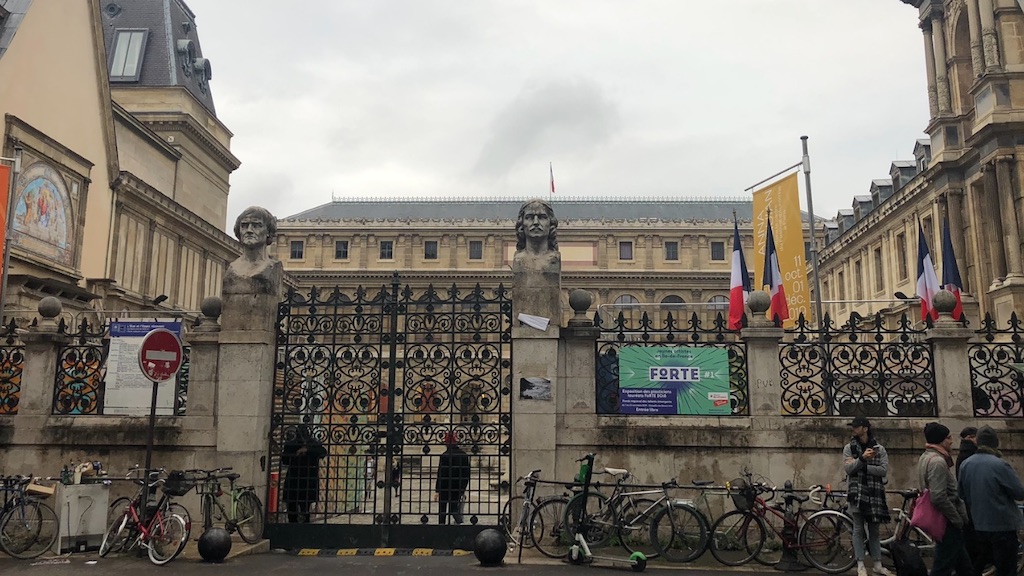 The National School of Fine Arts, where the oldest building is the Chapel and its ancillary buildings of the 17th century, during the period of the Revolution and the Empire, in 1795, the monks are expropriated from the place. A museum will then be created by Alexandre Renoir to preserve the works saved from destruction.

In 1816, during the Restoration, Louis XVIII decided to close it leaving the premises to the school that settled definitively on Bonaparte Street in 1829.

The School of Fine Arts has enormous international prestige and many of the students from all continents come annually to study painting, sculpture, engraving (printmaking), or architecture.

It is a place forbidden to visitors, but with more than 450,000 works and works that allow reconstructing the history of the teaching of French art.

The school usually organizes annual and temporary exhibitions for the public.