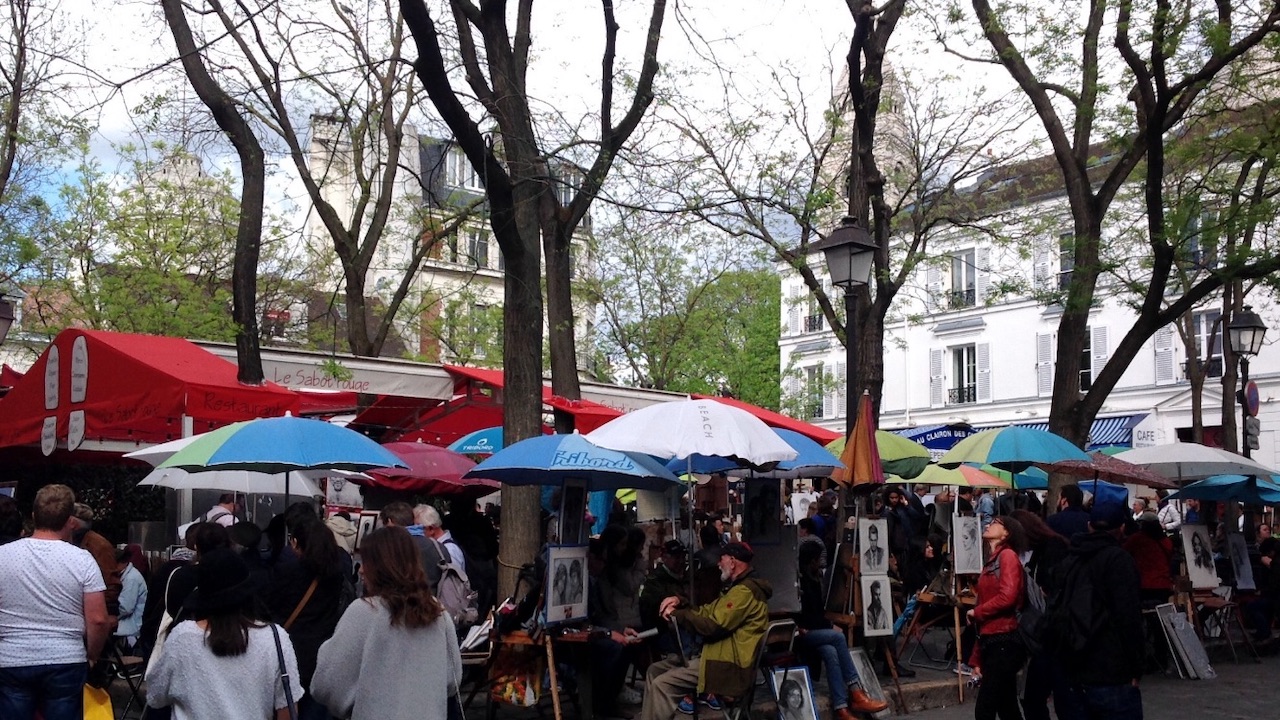 The current Montmartre, where, at the top of the hill you can see the Basilica of the Sacred Heart and from the top of its stairs, we enjoy the superb view of Paris, before getting lost in the small streets of the neighborhood.

Much more than just a district of Paris this place was invaded at the Belle-Époque by the artists who stayed there and led a real bohemian life of the neighborhood such as, Picasso, Dali, Renoir, Toulouse-Lautrec, Modigliani, Dalida, to name but a few. This small village has lost none of its soul, nor its charm, with its narrow and winding streets, its houses of another century, its life, its history, and its vineyards.

Not far from the Sacred Heart Basilica is also the Place de Tertre, its cozy restaurants, small shops, and portraitists so much appreciated by tourists.

Pigalle, known for being historically the lower Montmartre, remains a place of entertainment where the Cabarets (Moulin Rouge rouge world-famous and the Cabaret Michou) and small Pubs to the delight of tourists and night owls. Just a stone’s throw from the Moulin Rouge is the Museum of Eroticism, many bars, restaurants, and cafes in the red district of the capital, an area dedicated to pleasures. For shopping, the best addresses, are rue des Abbesses and Rue de Steinkerque, which offer an excellent choice for visitors eager for Parisian souvenirs.

The high Montmartre, a much quieter residential village, still has its own vineyard, a particularity of Paris, and other places of entertainment such as the Cabaret Lapin Agile.

In one of the most famous streets and places of memory, Rue Lepic is located at No. 83, the restaurant Le Moulin de la Galette, the only mill still in working order even today, immortalized by many artists (Renoir, Van Gogh, Picasso Toulouse-Lautrec, Maurice Utrillo). At No. 74, Vincent Van Gogh, his brother Theo and the painter Armand Guillaumin stayed. At No. 15, the café of two Moulins, in which were shot scenes of the filming of the French film “The Fabulous Fate of Amélie Poulain”, that of Amélie, a waitress and local resident, elected the best film and best director at the Caesars and crowned by five Oscar nominations in 2001.

Discover this historic neighborhood so much appreciated, full of charme 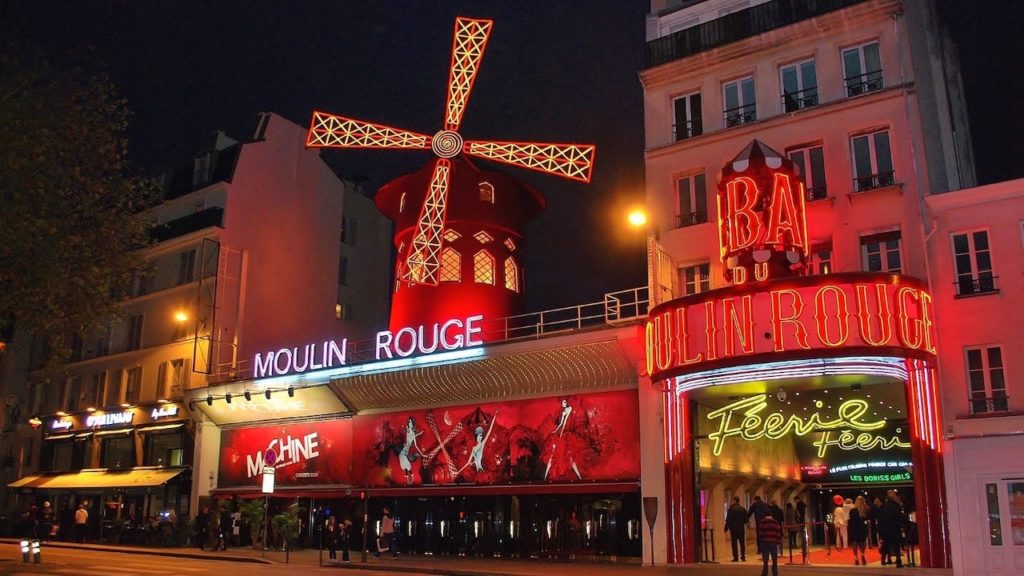 The Cabaret Moulin Rouge open to the public on October 6, 1889, by Joseph Oller and Charles Zidler, it was nicknamed “the first Women’s Palace”. He quickly became successful in the flamboyant Paris of the 1900s, where all the audiences rubbing shoulders in search of the same interests: pleasure and beauty!

The dancers of the French Cancan, when they throw their leg in the air excite the imaginations, the fantasies of the female body, very little revealed in a moralistic society.

The Moulin Rouge, known for being one of the most prestigious cabarets in the world, the birthplace of the French Cancan, has been imitated all over the world.

The word cabaret in the French dialect means, “establishment where drinks are served”. 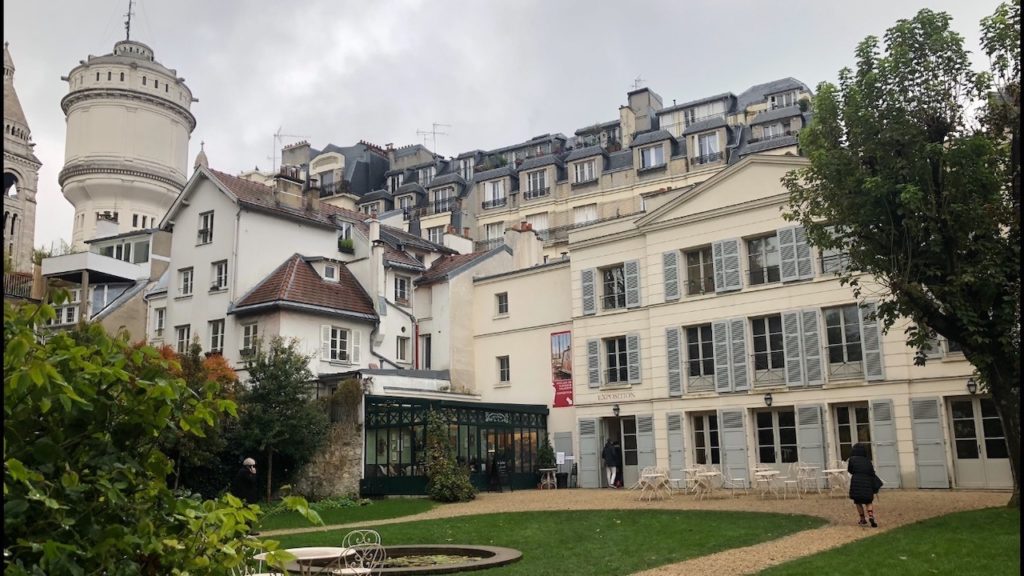 The Montmartre Museum which was once the former home of Auguste Renoir, where the artist made two of his most beautiful paintings during his stay (Bal de Moulin de la galette and swing), is worth a visit for art lovers.

Transformed into a museum in 1960, this old house, which includes the Hotel Demarne and the Bel Air house, where many such artists lived there, like Suzanne Valadon and Maurice Utrillo, trace this Bohemian atmosphere of the time.

In an exceptional setting, the Renoir garden offers you an unforgettable view of the vineyards that existed in the Middle Ages but were replanted in 1933. 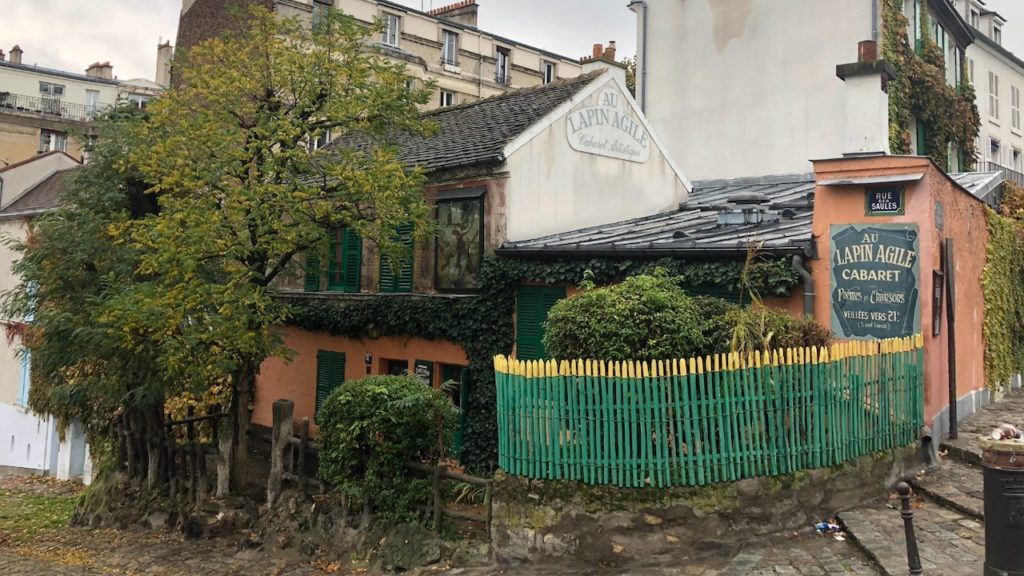 The Cabaret Lapin Agile built-in 1795, on the high Montmartre where crime and pleasure mingled, opened its doors in 1860 and was called “At the Rendez-Vous of thieves”, then becomes in 1869, the “Cabaret of assassins” in reference to the walls decorated paintings and engravings of such as Ravaillac or Troppmann.

In 1869 Adèle Decerf bought the place and its reputation developed and becomes one of the privileged meeting places of the artistic Bohemian of the twentieth century. We meet Renoir, Lautrec, Utrillo, Max Jacob…

In 1903, she sold the cabaret to “Frédé” which finally changed the name of the cabaret and later, in 1905, commissioned Picasso to sell his famous “The Agile Rabbit” which was sold in 1989 for $41 million.

The Agile Rabbit became a true cultural institution until the end of World War II, frequented by many American celebrities such as Rudolph Valentino, Vivian Leigh, and Charles Chaplin. 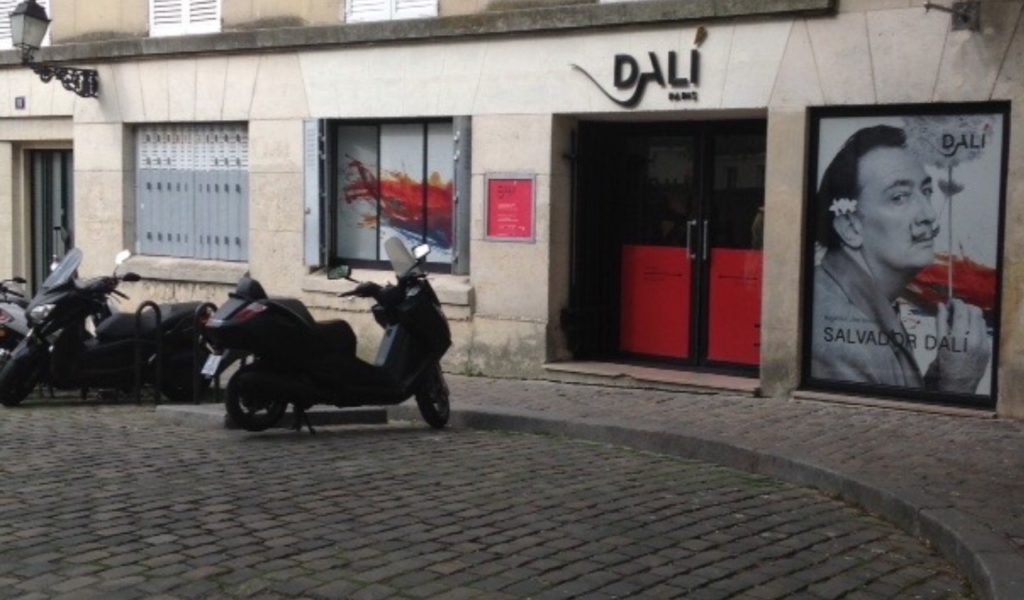 The Salvador Dali Space, in the Heart of Montmartre, inaugurated in 1991, two years after Dali’s death by Beniamino Levi, an eminent Italian gallery owner, and collector, is the only permanent exhibition space for original works dedicated to the mythical master of surrealism.

In a dream space, you will discover more than 300 masterpieces, especially sculptures and engravings, which trace the different key stages of his life, and the eccentricity that made Salvador Dali, one of the major artists of the twentieth century.